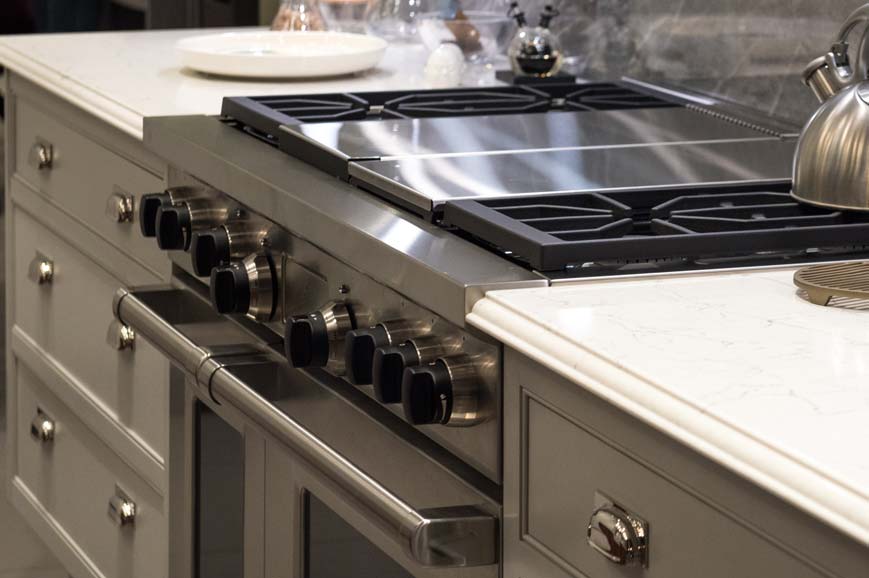 Professional chefs and home cooks adore gas range ovens because they have a remarkable ability to distribute heat and cook evenly. Gas ovens are usually safe and pose minimal risk to your family if maintained regularly and used correctly. However, one common issue that chefs and home cooks have with a gas range oven is noticing a gas smell coming from the oven when it’s on. A few different things can cause a gas smell. But it’s essential to understand the different parts of a gas range oven to determine which component is causing the gas smell.

The basic components of a gas range are the range/burner, pilot light, pilot gas supply line, thermostat, and control panel and valves.

Range/Burner– In gas ovens and stoves, a burner is used to heat the space. The heat that is created by the burner is then distributed by an electric fan.

Pilot Light– The gas is ignited by a flame called a pilot light. The pilot light is often labeled as such and can be a small hole in the bottom of the oven, in the front center near the door opening, or the back corner. Most newer gas ranges and ovens don’t have pilot lights because they have an electric ignition system that ignites the gas instead of a flame.

Thermostat– The thermostat controls the baking and broiling temperature of the oven. Both electric and gas ovens contain a thermostat.

Control Panel and Valves– The knobs that switch the stove and oven on and off are used with the pilot light and burner to control the temperature. The valve is what supplies the gas and can also turn on and off. 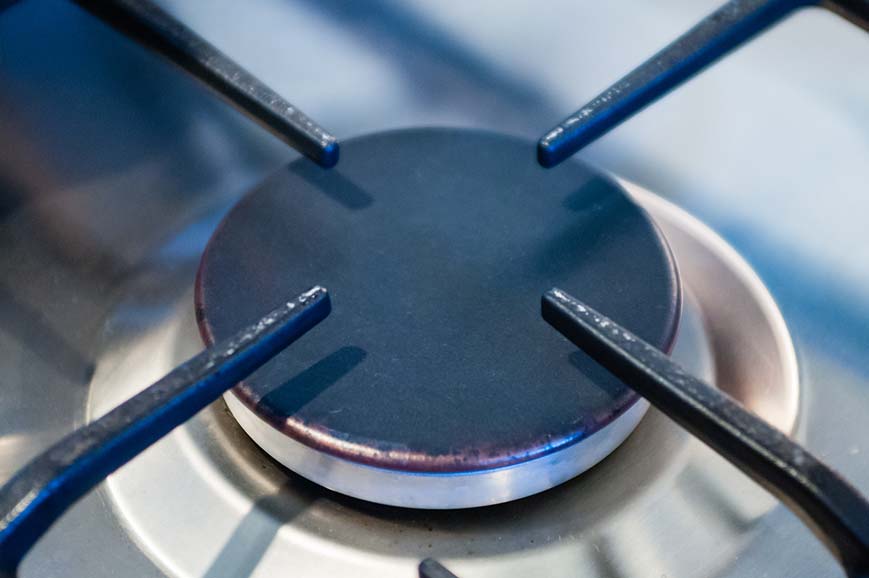 In gas ovens, food is cooked via a gas-fueled burner. Gas ovens need a steady supply of natural gas to function correctly. By pilot flame or electric ignition, the gas is ignited. When you turn on your oven, you open the gas supply to flow to your appliance through the gas line.  While cooking, the thermostat inside your oven maintains the heat to cook at an even temperature. Once the temperature reaches the set level, the burner is extinguished, and the opening to the gas supply is closed off. It will also switch back on if the temperature needs to be increased after things begin to cool.

Smelling Gas While Your Oven Is On

If you just turned on your oven or stove and noticed a faint smell of gas, it’s not unusual. As the burner lights, a brief faint gas smell does occur. This smell could also be caused by soot that has built up and may indicate that your appliance needs to be cleaned. If you notice an odor like the smell of rotten eggs that last longer than just a few seconds, this could indicate a gas leak and will require immediate attention.

What To Do If You Think You Have a Gas Leak

No matter the age of your appliance, your oven should never be smelling like a gas while you are using it. If the gas valve is on and you hear a hissing sound, this could be caused by a puncture in your gas tank resulting in gas leakage. If you smell gas when your oven is on but don’t hear a hissing sound or any other sound, this could still indicate a leak and should be adequately addressed immediately.

If you suspect that your appliance is leaking gas, you need to turn off the oven as soon as possible and then open all the windows in the home to allow some air circulation. If there is an open flame, be sure to extinguish it safely using a fire extinguisher immediately. The next thing you need to do very quickly is go outside where it is safe, and you aren’t near the gas fumes. Then, you need to call your gas supplier’s emergency line or 911 and explain to them that you are smelling a gas odor coming from your oven and that you have evacuated your home for safety. Your gas company will come out to detect the odor and find out why it’s present. If there is an issue, they will figure it out and decide the next course of action. 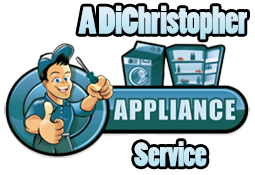